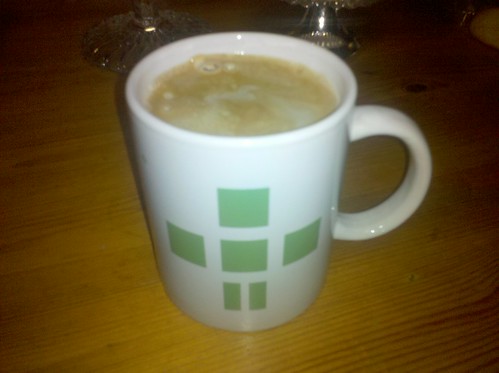 I have, before, written about my concerns regarding the way the Free Software Foundation is working nowadays, and the fact that I feel RMS is taking too seriously his role as a “semi-religious” figure (and the whole “Church of Emacs” business). On the other hand, I’m happy to be a supporter of Free Software Foundation Europe. I do find the two taking pretty different stances on a lot of things.

Before leaving for FOSDEM, I read (and re-dented) Lydia’s link to a post by Joe Brockmeier (of OpenSUSE fame — of course there will be a vocal minority that will find his involvement with OpenSUSE, and thus Novell, as a bad sign to begin with, I feel happy that I’m not that closed minded) that summarised quite well my feeling with the way Free Software Foundation is behaving nowadays. Let me quote Joe:

It isn’t that the folks at the Free Software Foundation are wrong that DRM is bad for users, it’s that they are taking an entirely negative and counter-productive approach to the problem. Their approach to “marketing” may resonate with some in the FLOSS community, but their efforts are not at all likely to win hearts and minds of users who don’t get out of bed in the morning singing the Free Software Song.

While Defective By Design highlights legitimate problems with the iPad (and other products) where are the alternatives? Stop telling people what they shouldn’t buy, and make it easier for them to get hands on some kit that lets them do what they want to do with free software. In other words, stop groaning about Apple and deliver a DRM [I guess he meant DRM-free here — Flameeyes] device of your own, already.

And I agree with him wholeheartedly (of course as long as my note above is right): we should propose alternatives, and they need to be valid alternatives. When I say that I use an iPod because it has 80GB of storage space on it (well, my current, old version has 80GB, newer versions have 160GB of course), people suggest me as an alternative to not carry around so much music. Well, I do want to carry around that much music! If you can get me a player with an equivalent disk space and featureset I’d be grateful to get rid of Apple’s lock-ins… while that’s not available, I don’t really care about reducing my music library, as long as I can use it with Rhythmbox and other Free Software tools.

On the other hand, I cannot praise enough one in particular of the FSFE projects: PDFreaders.org website. Instead of telling the users how bad Adobe is, the site provides them with valid alternatives, specific to their operating system! This includes even the two biggest proprietary operating systems, Windows and Mac OS X. Through this website I actually was able to get more people used to Free Software, as they are glad to use something that is, in many ways, better than Adobe’s own Reader.

As I keep repeating, to bring Free Software to the masses, we need to be able to reach and improve over the quality of proprietary software. We are able to do that, we did so before, and we keep doing so in many areas (it’s definitely not a random chance that FFmpeg is one of the most widely used Free Software projects, sometimes even unbeknownst by its users, on the most varied platforms). When we settle for anything less, we’re going to lose. When we say that something is better and everybody should use that just because it’s Free, then we’re deluding ourselves.

I’m not sure what will happen with OpenOffice now that Oracle ate Sun as a snack, but if this will bring enough change in the project, it might actually make it really go mainstream. Right now, myself, I feel it has so many holes that it’s not even funny… on the other hand, as I wrote, it has some very important strong points, including the graphing capabilities (not charting!), and of course, the fact that it is Free Software.