Don’t worry, to Ciaran’s disappointment I didn’t fell out of the face of the Earth just yet. Although I’m taking a lower profile in the last few days, there is no doubt I’ll soon be back full-fledged!

What I’m taking care of right now is mostly to fix my house’s cabling. It seems like all the light switches in the house are connected to the return line rather than to the phase line, so they aren’t really good for my idea of moving to LEDs as soon as they are feasible. Also, I’ve been replacing some 20 years old power sockets with some decent and more recent design (for who’s interested, I’m using Vimar Idea everywhere inside the house, I haven’t yet chosen the series to use for the ones outside, but they also need to be replaced).

Also, not sure if you seen it, but I’ve got an article published on LWN! I have to say this is exciting like the first day of school. I hope I’ll be able to write something more after this. Thanks to those users who suggested me to try, and to Donnie who actually convinced me :) 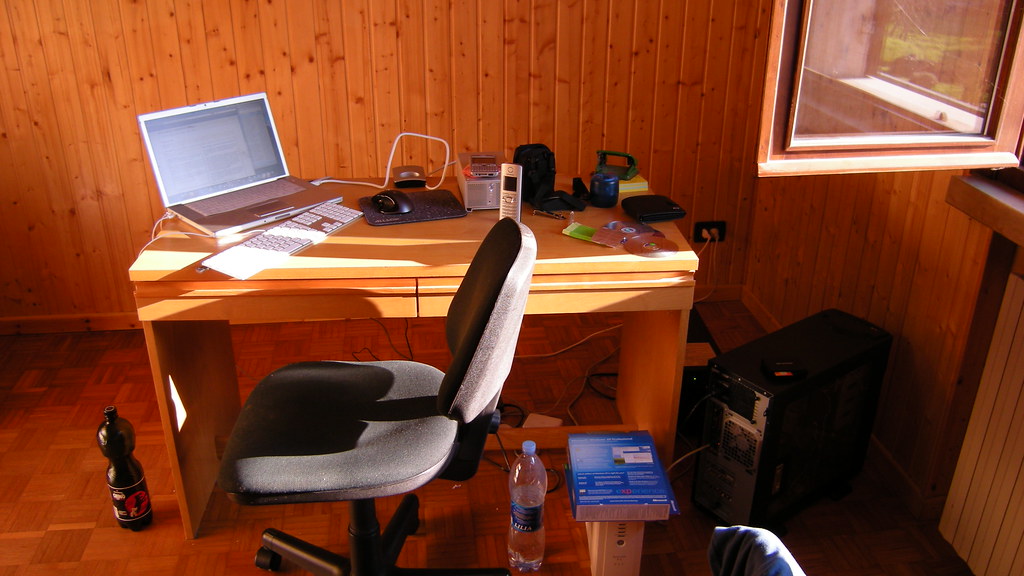 As I said, I’m limited at the laptop right now, which not only limits my action in Gentoo, but also makes it harder for me to write on the blog, as it keeps me from leaving a Konqueror window open with my current draft if I’m still half-thinking of something. I was just able two days ago to find a way to share data between my BootCamp Windows XP installation and my Parallels one, by using iSCIS on Enterprise. Trying to get Parallels to ccess the external hard drive in a stable fashion was probably asking too much. I have to say iSCSI looks seriously cool over Gigabit.

For the time being, I could suggest you to try out FriendFeed, you’ll find me as Flameeyes there. My reason for saying this is that I’m using Google Reader to keep myself updated on Planets and generic blogs, and I started “sharing” interesting posts that I would like to write about once Enterprise is back online with its screens. You’ll also see the photos I upload on flickr (if only it had Anobii support…)

Oh and I’ve almost finished Ratchet and Clank: Tools of Destruction in Challenge mode (that is, the second time you play it, with extra weapons and tougher enemies). I suppose I should be buying Devil May Cry 4 sooner than expected. Playing some games the night when I’m just too tired to work but I don’t feel like reading is something quite relaxing indeed, I was just not used to that.

One thought on “A few words from the cabling ladder”