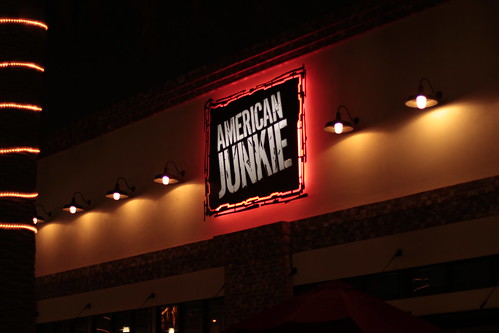 It might sounds strange for me to start posting about my stay in the United States with food and drinks, but those of you who know me for a long time might already guess why. It’s not (just) that I’m picky with food, it’s also that I have to be wary due to my past health problems.

You see, some of the restrictions on my diet have to do, like for everybody, on personal taste (I don’t like vegetables for instance, or beef meat), but most at this point come from my type 2 diabetes, and from my previous pancreatitis problems, which ended up with me no longer having a gallbladder and having the pancreas connected into my stomach instead of, normally, the intestine. Sorry for the gory details.

Anyway, let’s start from the drinks. I don’t drink alcohol from one side because I never liked doing so – I have tried, since in Italy, in the family, you have no problem drinking beer, or wine, at a young age; the idea of getting drunk does not appeal to me though, and never did – and from the other because I can’t. The doctors actually warned me that alcohol could trigger another pancreatitis and I would probably not survive that. I don’t even risk with so-called 0% alcohol beer, which I drank before (I liked the taste, not so much that I miss it, though). This is one of the reasons why you don’t usually see me at the pre-conference social events. 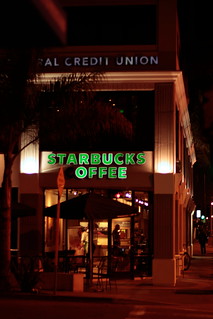 I also limit myself, soft-drinks wise, to Diet Coke and Coca-Cola Zero — and even then, I try not to drink too much. I honestly have probably drunk too much coke since I came to the US, simply out of habit, and I’m trying to limit myself on that, it’s not nice for teeth (and I do have some problems with that). I try to drink as much water as possible, though. And here’s where the first difference with Italy is quite visible: all the places I’ve been here seem to not charge you for water; they actually ask you “anything else to drink?”.

What I do drink a lot, both in Italy and here, is coffee. And I’m quite opinionated about it… the difficult part is that in Italy you have at least three different “schools” of coffee: the North-Western, the North-Eastern, and the Southern.. they have different strengths and flavours, but my favourite is the one from my home area, North-Eastern. Also, due to how my mother got me used to coffee (from early on by the way), Starbucks’ Grande Latte is almost exactly a match to what I’ve been drinking for the past four years anyway.

By the way, to me coffee is not just a drink, as I think I can say with certainty that I’m physically addicted to caffeine. I’m not sure if it’s because I used to drink an average of two litres of Coca-Cola a day (before the hospital, before finding out my diabetes problems), or if it’s something to do with my family — my sister used to have huge migraines that required her to take some strong meds, long time ago.. I never suffered this until I stopped with coke and right now I only suffer from them if I’m not taking at least two cups of coffee a day.

So coffee-wise I’m quite set, as you can see from the linked photo, I’ve got a Starbucks reachable — I’m staying on the third floor of that building (more about that in a future post). Sometimes, not often, I get american coffee as well, when I go have pancakes in the mornings. It’s not great but it’s okay, it sure has a good load of caffeine, and that feels good to me; I try to avoid it at the office though.

For what concerns soft drinks, by the way, luckily here everybody has diet Coke or Pepsi around, which is good (once in Turin I had a waitress jokingly telling me it wouldn’t have made me put on weight … bad joke at the end). Also, one place that opened quite recently – called Boardwalk – has a very interesting Coca-Cola machine: it has a resistive touchscreen where you select your soft drink … and for each drink there are a number of flavoured alternatives. Diet lemon coke is quite good.

So what about food? In Italy my food of choice at every turn is pasta, whole wheat if I can. In the right dosage its effect on blood sugar is negligible and it’s a very easy meal to prepare. The sauce I use on the pasta is also very simple: tomato sauce (what in the US is called strained tomatoes), salt, and combinations of chilli peppers, paprika, basil, thyme or other spices. Alternatively to pasta, I had spelt (farro) often, or brown rice, with the same sauce.

Trying to replicate the same in the US is relatively simple: finding good pasta quality is easy, as both De Cecco and Barilla export to here. There is actually one type of pasta here (Barilla Plus) which is made with eggwhites, instead of full eggs, and with extra fibers. It seems like a good choice for me here, and it tastes good. Spices are easy to find, but what is a bit harder to find than one might expect coming from Italy, is the simplest of the sauces (as I said, “strained tomatoes”), and most importantly, coarse salt. In Italy you buy it in bulk at 1Kg packs, here you find very small cylinders that I don’t even want to weigh… and it’s expensive. It’s also bothersome to have to cook on an electric stove instead of a gas one, but that’s what I can use here.

Pasta is, anyway, food for the night. What worried me the most about coming to the US was the lunchtime, as during office hours I don’t have the time to cook, so it has to be something I can get outside. And getting pasta at a restaurant doesn’t sound like an option to me, knowing the many bad ways they can do it. The other Italian alternative is pizza, of course, but I was wary about that as well… turns out that there are a few decent places here, although there are very wide differences with the kind of pizza you can find in Italy: for once, the simplest pizza possible (tomato sauce and cheese), seems to be done with what they call “marinara sauce” (pizza marinara in Italy is quite different and comes with no cheese). Also, it’s big as the smallest version they have is the fourteen inches, which is loaded with much ingredients than it would, in Italy. Finally, it’s quite expensive.

I actually found quite a few places that have good pizza; one is a chain of half a dozen stores with Chicago-style pizzas as well as italianish “thin crust” (not that thin, to be honest), another is a good place just across the street which is owned by a second-generation Italian from New York (but one of the guys working there is actually Italian!) and finally the third place is the one from which the top photo comes: American Junkie. This happens to be the only place I found where a margherita is actually almost a margherita (it has basil, which is not to be found on that pizza usually — furthermore it comes with parmesan, but I can ask them to skip it), they even use the right cheese (mozzarella), and it tastes good.

To be honest, it seems like everything at that place tastes good: rice, quinoa, chicken, fries, … see here’s what worried me for the longest time, that I couldn’t find a place where I could eat something different than beef, in the US, as I don’t like it. I’m not vegetarian, it’s just that I don’t like beef.. nor most vegetables. I do like, though, chicken, and that saves me, since half the places around here serve chicken in one form or another: grilled chicken breast, chicken fingers, chicken sandwich, chicken burger, … They also serve brown rice in so many places.

Here comes the important part though: here you can ask for changes — in Italy just a very few changes you can ask to what they will serve you, here you can change so many things that at one place I order “a chicken teriyaki without teriyaki sauce, no salad, but brown rice and fries”. In another I just mix and match, getting the chicken breast with a side of brown rice and a whole-wheat toast.

Also, maybe it’s because I ended up in a statistically odd place, but even the fast food here seems to be quite decent; fries are much lighter than in Italy, probably due to the different kind of oil being used for frying, and at the Boardwalk place I named before they actually peel and cut them, not just get them frozen. And they have grilled chicken burgers (my usual take is a grilled chicken burger with nothing but cheddar, a small portion of fries and a diet lemon coke).

The last thing it’s worth noting in this post, before it gets too long, is the wide difference in the way bread is here — seems like it’s out of most people’s mind to eat bread untoasted, and most of the sliced bread I could find is really not that good to eat untoasted to be honest. At Whole Food I did find some very nice ciabatta-style bread (why is half the food named in Italian anyway?), but it’s too far from here by foot. Vons has very nice bagels though, which are very good even as they are without being toasted further.

7 thoughts on “My time in the USA: Food and Drinks”